ICE HOUSE: The ICE HOUSE SERIES is a series of paintings, concentrating on the formal aspects of line, color, texture, shape and surface as approached through Material Abstraction and Minimalism. These paintings draw their visual aesthetic from the arrangements and qualities observed while in the environment of the Ice House Figure Skating Rink in Hackensack New Jersey.

Studies for these paintings have been rendered through on site sketches and compositions on paper and layers of acetate and have been translated into fully realized works on the combined surfaces of wood and plexiglass in sizes that range from 5” x 7” to 48” x 48”.

Though no specific symbolic Key has been instituted, it may be interpreted that colors used in the paintings may be found in the Ice Rink environment, areas of scribbling may represent degradation to the painted surfaces of the Rink or degradation to the ice, a series of concentrated lines may indicate “Stroking” (the term used to describe a forceful advance across the entire ice at a rapid rate of speed), circles may indicate the various Spins and Jumps and partial circles, the “Gliding Entry” into Jumps.

While present as an observer at the Ice House Figure Skating Rink, one naturally focuses his attention on the skaters themselves, girls and boys, young men and women at the very limits of the perfection of human endurance, strength and coordination, performing magnificent displays of movement. Wrapped in sparkling costumes, gliding, spinning and jumping to the chords of Beethoven, Bach, Wagner and the like, these individuals exist in a world of delicate balance between grace and force. Beneath their blades, their paths have been etched upon the surface of the ice, long cuts, wide loops, broken dashes, all choreographed by time and space. In this series of paintings I have sought to capture this balance of grace and force and to record the many ever present yet overlooked physical subtleties and characteristics of the Ice Rink environment. I hoped to convey the tangible and intangible elements including temperature and sound, timing and strength, present in this arena where so many individual emotional dramas play out each day upon 2 thin pieces of metal, 45 minutes at a time. 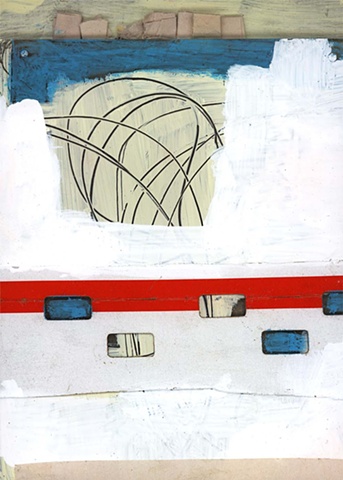 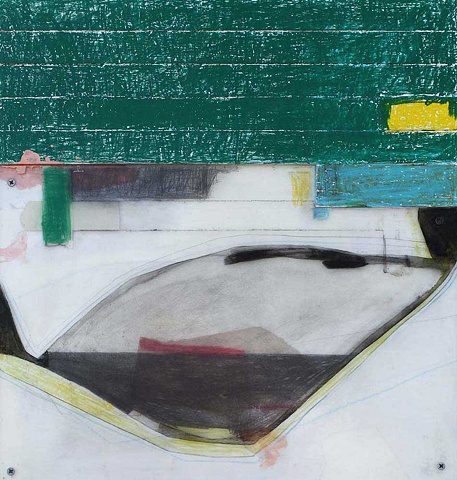 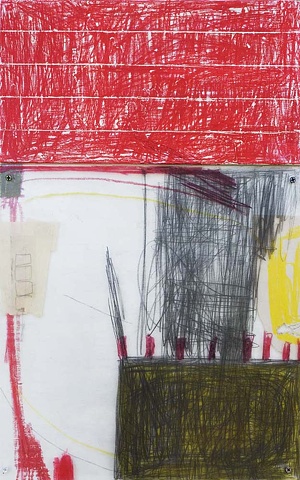 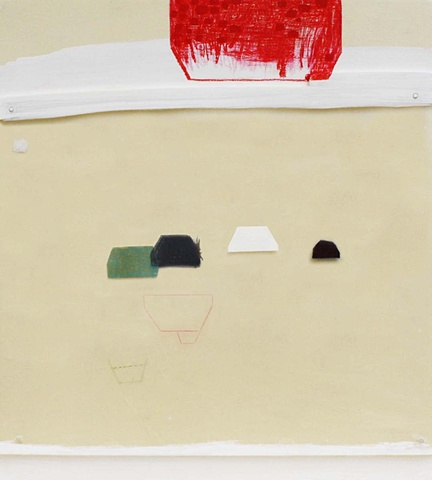 THE ICE HOUSE SERIES:
SHOW ME WHAT YOU GOT
Mixed Media, Acrylic and Collage on Wood and Plexiglass
14" W x 16.5" H 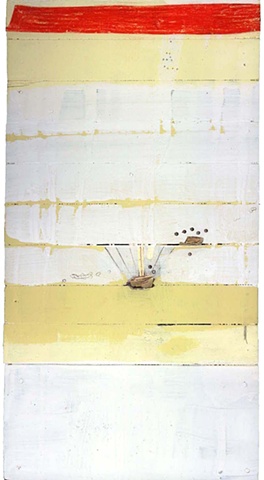 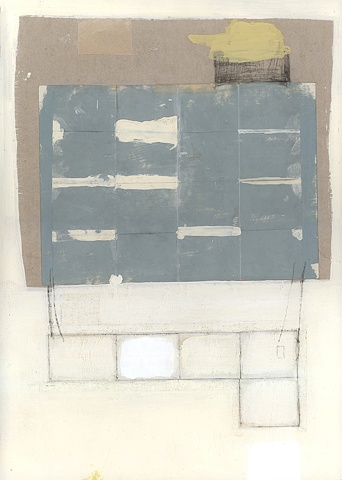 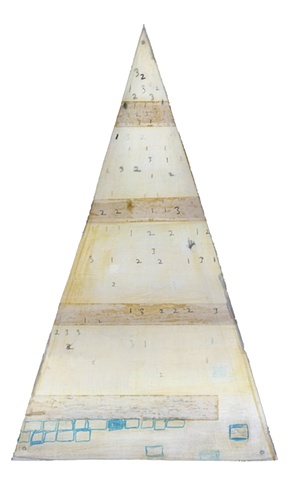 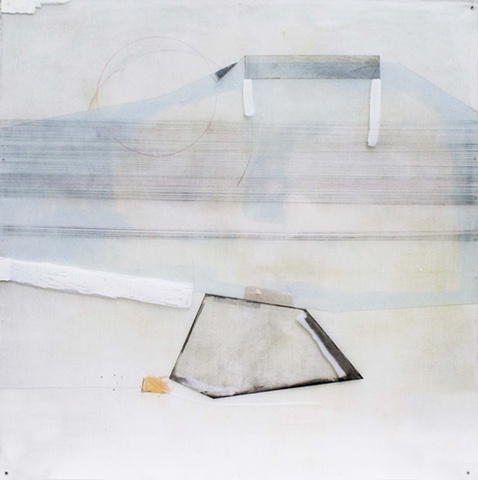 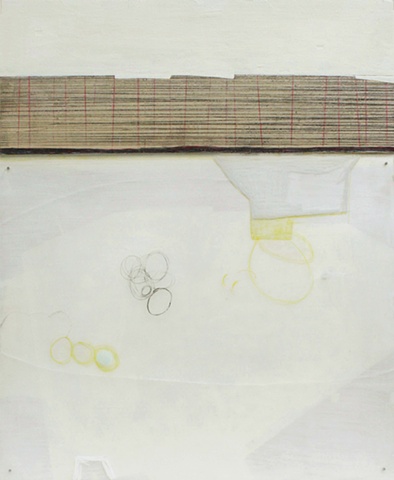 THE ICE HOUSE SERIES:
A MATTER OF PUBLIC RECORD
Mixed Media and Acrylic on Wood and Plexiglass
22" W x 27" H 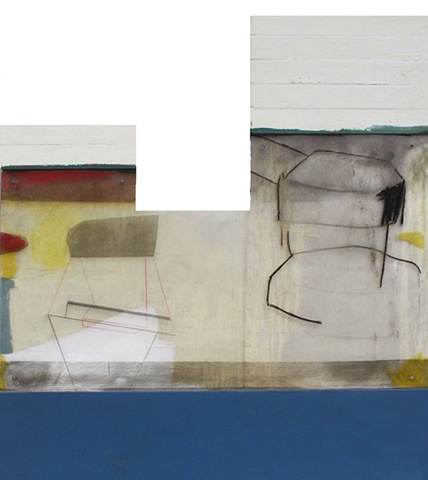 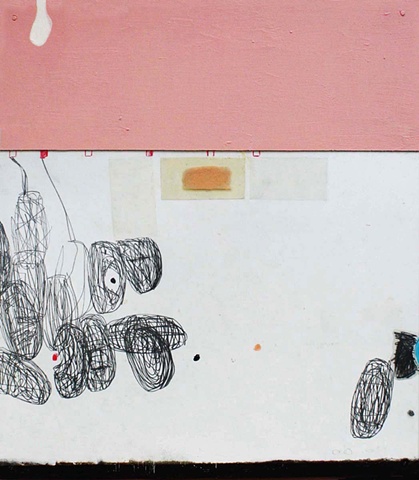 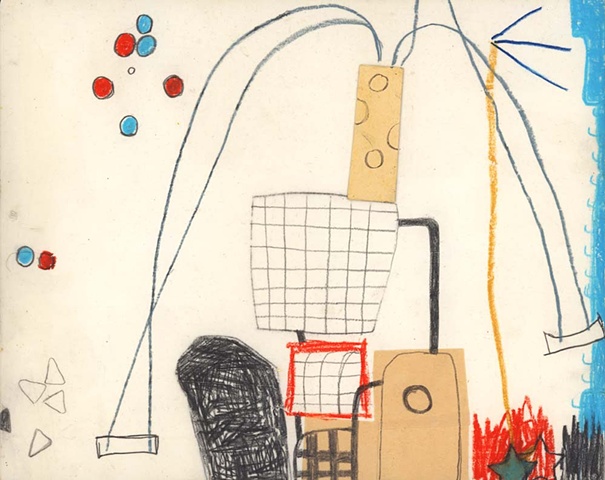 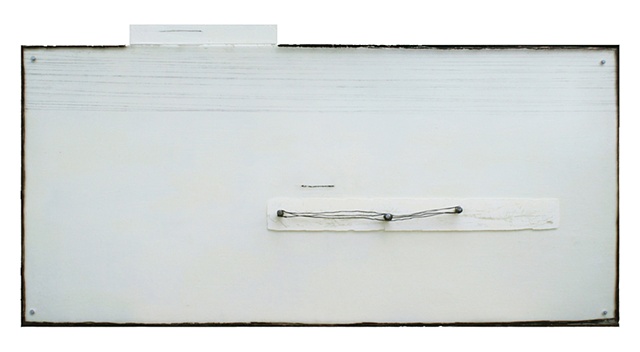 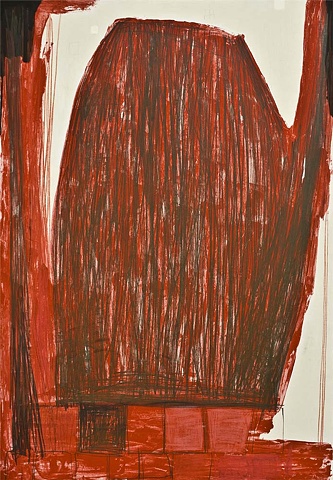 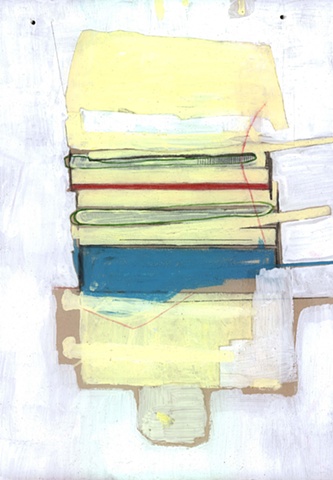 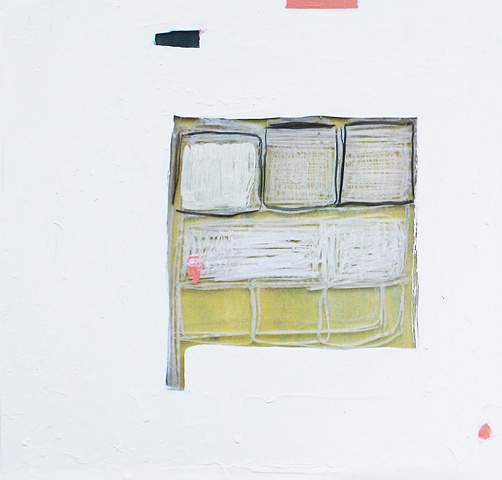 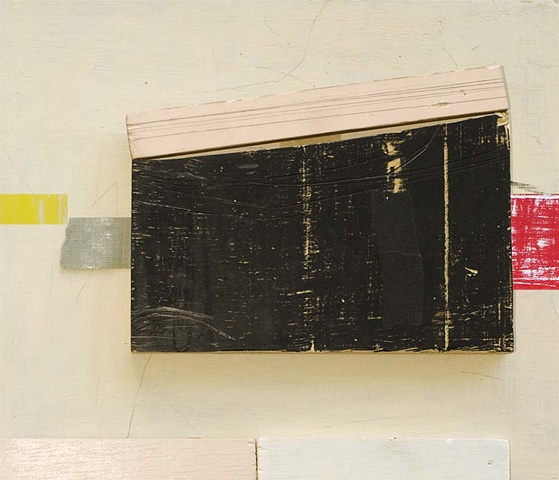 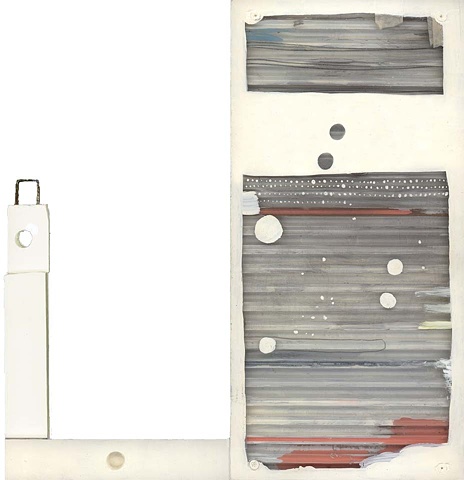 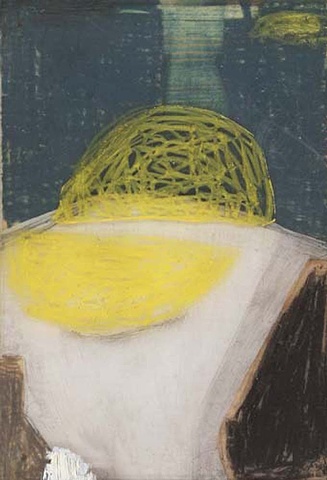